The list of requirements that is developed in the definition phase can be used to make design choices. In the design phase, one or more designs are developed, with which the project result can apparently be achieved. Depending on the subject of the project, the products of the design phase can include dioramas, sketches, flow charts, site trees, HTML screen designs, prototypes, photo impressions and UML schemas. The project supervisors use these designs to choose the definitive design that will be produced in the project. This is followed by the development phase. As in the definition phase, once the design has been chosen, it cannot be changed in a later stage of the project. 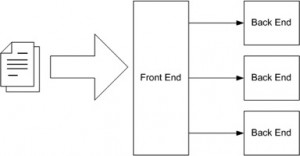 One project involved producing a number of designs, which were quite important to the success of the project. A young designer on the project team created the designs. Although the head of the design department had ultimate responsibility for the designs, he never attended the meetings of the project team when the designs were to be discussed. The project leader always invited him, and sent him e-mails containing his young colleagues sketches, but the e-mails remained unanswered. The project leader and the young designer erroneously assumed that the department head had approved the designs. The implementation phase began. When the project was nearly finished, the result was presented to the department head, who became furious and demanded that it be completely redone. The budget, however, was almost exhausted.